The event focused on the use of art in remembrance including poems, drama and theatrical readings. The opening act was performed by Eric 1key, Bruce Ntwari, and Eric Shema who delivered powerful poems on Rwanda’s history, culture and the importance of remembrance.

The event then continued with a book reading performed by Eliane Umuhire, Peace Jolis, Andy Bumuntu, Eric 1key and Claudianne. Their engaging drama included extracts from books about the Genocide and a song by Cyprien Rugamba.

Alice Higiro, Christian Intwari, Lorianne Rwema and Aristide Mugabe joined the event as panelists in a discussion on the role of young people and art in commemoration.

“There’s no progress without peace. Rwanda is now peaceful. What I learned from my basketball team is unity. We can only develop if we are united. Everyone must be involved in Rwanda’s development,” said Aristide Mugabe, Captain of Rwanda’s National Basketball Team.

Christian Intwari, the founder of Our Past spoke about the importance of young people born after the genocide taking time to commemorate:

“We need to know what happened, how it was organised and its effects. We are the future of Rwanda. The purpose of Our Past is to help young Rwandans commemorate and help Genocide survivors to rebuild their lives. That’s why we’re fundraising for genocide widows tonight,” he said.

“Through art, you can heal the wounds that no one sees, you can transmit different kinds of healing messages. As young people, we should take the initiative to develop our country. We should be active, being aware that our parents are stepping out,” said Lorraine Rwema.

“Young people were trained to be killers in the Genocide. We need to educate today’s youth to be peacemakers,” said Alice Higiro, a successful entrepreneur.

At the event, the young participants fundraised for the reconstruction of three houses of genocide widows in Bugesera, Ntarama. In total, more than 400,000 francs was raised.

The Guest of Honour, Colonel Ndore Rurinda, who represented the Minister of Defence Gen. James Kabarebe, spoke about the liberation war and stopping the Genocide against the Tutsi.

“Heroism in youth is real. Six hundred Rwandan Patriotic Army soldiers, not much older than you, bravely protected and rescued civilians from their base at Parliament during the Genocide. We are going to open “The Campaign against Genocide Museum” at the Parliament which will be a continuation of the Genocide Memorials,” Col. Ndore Rurinda said.

The Manager of Kigali Genocide memorial, Honore Gatera, closed the event by thanking those who attended and encouraging them to sign the guestbook and return to the memorial to remember.

“Thank you all for coming. Seeing you here ensures that our message is being spread across the world. We welcome you to come back and continue learning,” said Honore Gatera. 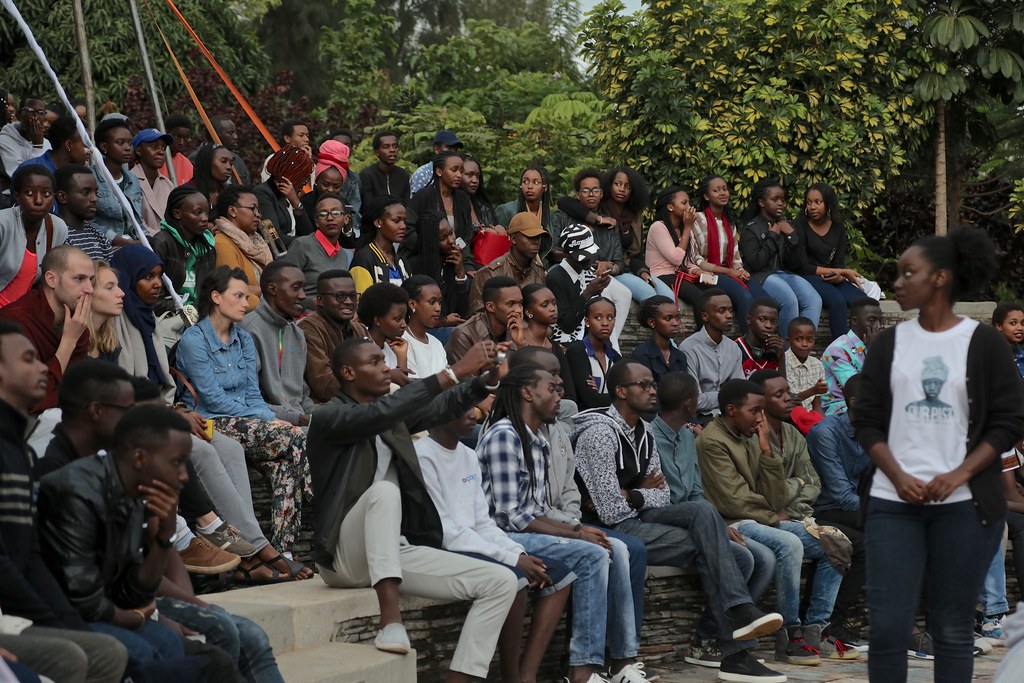