At the Kigali Genocide Memorial today, President Paul Kagame comforted survivors by telling them that they are not alone.

“I would like to tell all survivors that they are not alone. You may have lost your loved ones, but there is one family you didn’t lose: your nation. The nation of Rwanda is a family for all survivors, and it is a family to every Rwandan,” he said.

The President made the remarks during a ceremony to mark the start of the twenty-third Commemoration of the Genocide against the Tutsi in Rwanda – Kwibuka23. More than 400 guests including international leaders, dignitaries, survivors and representatives of survivor organisations attended. Kwibuka is the Kinyarwanda word for remembrance.

To pay respects to the more than one million victims of the Genocide, President Kagame, First Lady Jeannette Kagame and Chair of African Union Commission, Moussa Faki Mahamat, laid wreaths on the burial place. They then lit the Flame of Remembrance, Urumuri Rutazima, marking the official start of the 100 days of mourning in Rwanda. The Flame of Remembrance symbolises the courage and resilience of Rwandans over the last 23 years.

Speaking at the ceremony, Chairperson Moussa Faki Mahamat, saluted the incredible resilience of Rwandans since the Genocide against the Tutsi.

“The consolation of that tragedy is the strength, courage, dignity and tremendous resilience of the marvelous people who are the best example of humanity. The people of Rwanda are like a Phoenix that has risen from its ashes,” he said.

In his remarks, President Kagame said that the best answer to the tragedy the country has gone through is to work every day to build a nation for every Rwandan and anyone who wishes to live here:

He also acknowledged the bravery of individuals such as Captain Mbaye Diagne of Senegal and the Ghanaian peacekeepers who remained in Rwanda in 1994 and defied orders by rescuing those being targeted in the Genocide.

The commemoration ceremony concluded with a performance from young Rwandans who shared a message of comfort and hope.

During the 100 days of Kwibuka23, the Kigali Genocide Memorial is inviting everyone around the world to leave a message in our digital guestbook as a way to remember the victims and show support to survivors. You can leave your message in the guestbook on our website here.

The Kigali Genocide Memorial is the final resting place for more than 250,000 victims of the Genocide against the Tutsi. Established by the Aegis Trust in 2004 at the request of the Government of Rwanda and Kigali City Council, the memorial continues to be run by Aegis today on behalf of Rwanda’s National Commission for the Fight against Genocide as a place both of remembrance and learning for a new generation. Each year almost 100,000 people visit the memorial.

The memorial includes three permanent exhibitions, the largest of which documents the Genocide against the Tutsi. There is also a Children’s Memorial and an exhibition on the history of genocide around the world. The education centre, gardens, and burial place contribute to a meaningful tribute to those who perished, and provide a powerful educational experience for visitors. 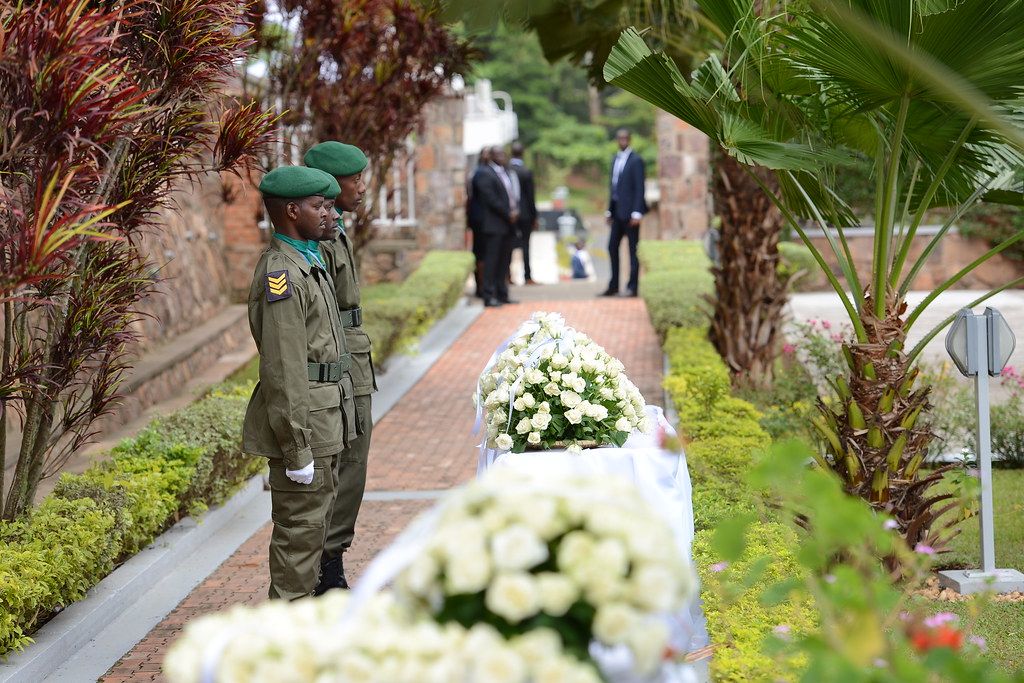