The Kigali Genocide Memorial has welcomed a delegation from the U.S. Embassy in Rwanda, led by Ambassador Erica Barks-Ruggles. The group came to commemorate the victims of the Genocide against the Tutsi, pay respects and learn from Rwanda’s history for Kwibuka23.

Arriving at the memorial, the delegation laid wreaths on the burial ground, the resting place for more than 250,000 Rwandans killed in the Genocide against the Tutsi. They also observed a minute of silence to pay tribute to the victims of the Genocide.

They continued with a tour of the memorial’s exhibits to learn about the history of Rwanda before, during and after the Genocide. With this, they recognised the efforts by Rwandans after the Genocide to build a peaceful nation. The group also visited a room dedicated to children killed in the Genocide.

After visiting the memorial, Ambassador Barks-Ruggles presented a donation and wrote in the guestbook, thanking the memorial for the good work of keeping the history and the evidence of what happened:

“Thank you for your work preserving the evidence of genocide, educating all to prevent this ever happening again,” she wrote.

The Kwibuka23 commemoration period starts on the 7 April every year and continues for 100 days – the length of the 1994 Genocide against the Tutsi in which more than one million people were murdered. 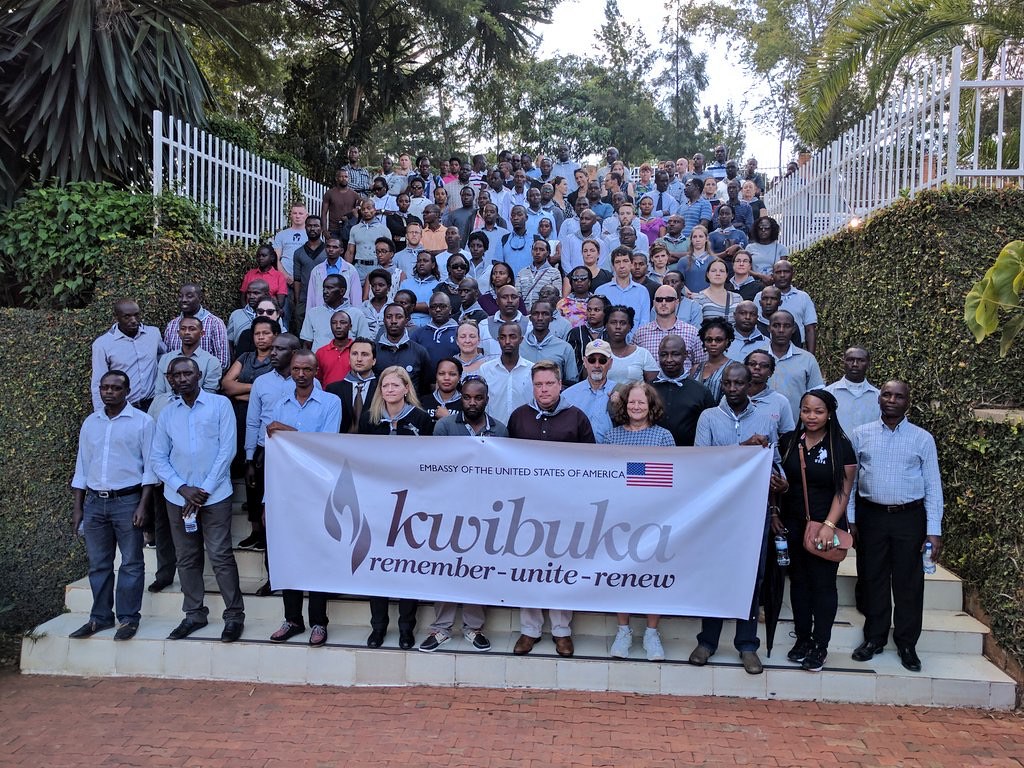