Today the United Kingdom Special Envoy for post-Holocaust issues, Sir Eric Pickles, visited the Kigali Genocide Memorial to pay tribute to victims of the Genocide against the Tutsi and learn about the peace education programme run by Aegis Trust at the memorial.

During his visit, Sir Pickles was accompanied by the British High Commissioner to Rwanda, William Gelling. The visit began by paying tribute to the victims of the Genocide against the Tutsi and laying a wreath on the burial place at the memorial. The visit continued with a tour of the memorial’s exhibition where Sir Pickles learnt about the history of the Genocide: its causes, how it was executed, consequences and how Rwandans are rebuilding their nation by promoting social cohesion and reconciliation.

After touring the memorial, Sir Pickles shared his impressions, commenting that the Genocide against the Tutsi was beyond an extraordinary event and that Rwanda has started rebuilt trust despite the terrible past.

“I am here to observe that process and my experience here has taught me lessons I am going to take away home in the UK since they are about to build a memorial for the Holocaust and other genocides and believe we can learn from centres like this.”

He left a comforting message in the memorial’s guest book: “Beyond moving, hope brings a strong new life to Rwanda. A place of peace and humanity”

Pickles also commented on the importance of the Kigali Genocide Memorial as a place for remembrance and learning:

“This is a moving place, a dignifying place to give to people who were slaughtered a resting place for us to remember them with love and affection.”

He concluded by affirming the will of the UK government to support the work of peace building in Rwanda and elsewhere in the world:

“As the Government of the United Kingdom, we have a duty to work together with people of goodwill to bring about peace.”

The visit by Sir Eric Pickles concluded by learning about the Aegis Trust Peace Education Programme. The programme promotes social cohesion, positive values including pluralism and personal responsibility, empathy, critical thinking and action in order to build a more peaceful society. Through trainings and workshops for teachers, students and local leaders, the programme has helped hundreds of thousands of people acquire the values and knowledge, and developing attitudes, skills and behaviours to live in harmony with oneself, and with others.

Sir Pickles was pleased to learn about one of the key achievements of the programme, which is the adoption of peace education developed by Aegis Trust and partners into the new national curriculum. This new component is now cross cutting and incorporated in all subjects.

Sir Pickles was impressed by the impact of the programme in using new methodologies to educate for peace such as the story telling approach and the creation of the world’s largest online archive related to the Genocide against the Tutsi – the Genocide Archive of Rwanda. He stated that this is impressive and fantastic work, especially given it is accessible to people not only in Rwanda but also internationally.

“It was a great pleasure to share with Sir Eric Pickles some of the achievements of the Aegis Trust Peace Education programme and its contribution to social cohesion and sustainable peace. We are grateful for the support of the UK government and looking forward to continuing our partnership.” 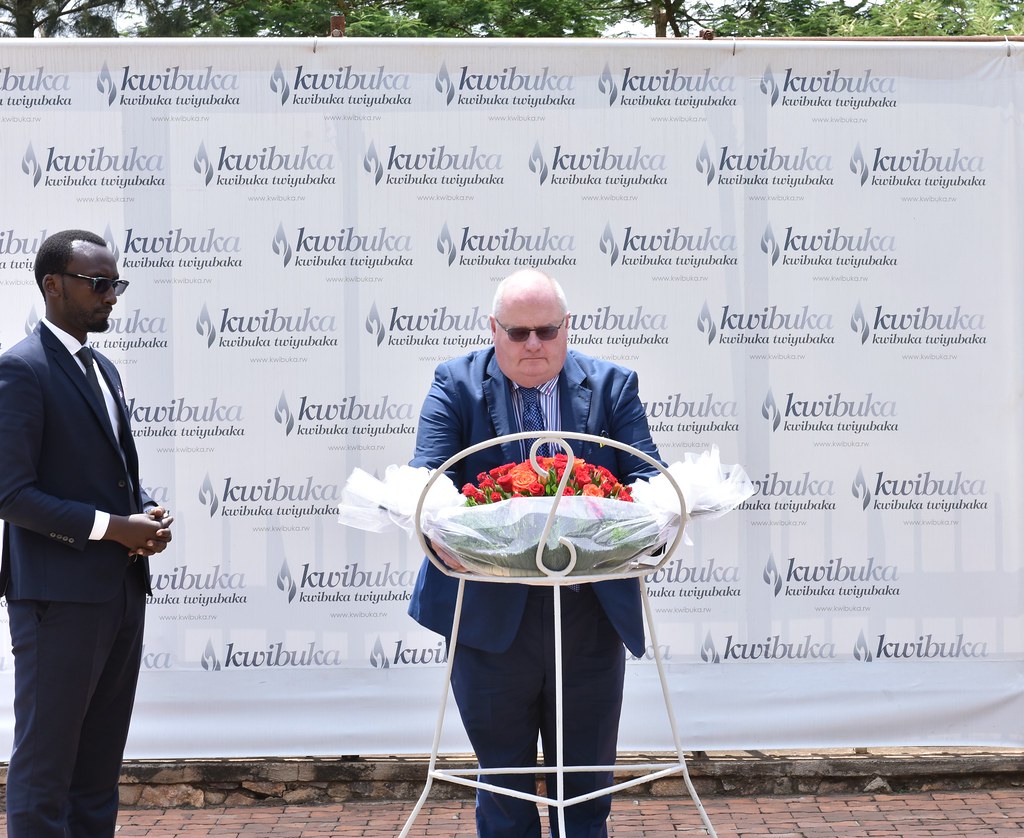