James Wharton, UK Minister for International Development (DFID), today visited the Kigali Genocide Memorial and paid respect to the more than one million victims of the Genocide against the Tutsi.

His visit at the memorial began by watching an introductory film that tells the story of the memorial as a place for remembrance and learning through the eyes of survivors. Mr Wharton then laid a wreath on the burial place where more than 250,000 victims of the Genocide against the Tutsi are laid to rest.

The Minister was given a tour of the memorial exhibits to learn about the history of the Genocide, including its causes, execution and consequences as well as how Rwandans are building unity and reconciliation.

Speaking after his visit, Minister Wharton said the world must never forget the terrible and tragic events that took place in Rwanda in 1994:

“This memorial brings vividly to life the impact on so many individuals, on the communities. We must never forget the past but must work together to ensure it is never repeated.”

He also said the Government of the United Kingdom supports peace education in Rwanda because it is a way to ensure the tragedy is not repeated.

“We need to ensure lessons are learnt and passed on to future generations so that these terrible events cannot be allowed to take hold in any population in any country in the world. We will always remember the true cost of hatred and prejudice and we will always recognise how much better a future we can all have by working together and learning those lessons.”

Commenting on what the world can learn from Rwanda’s reconciliation and reconstruction efforts since the Genocide against the Tutsi, he said:

“Reconciliation is never an easy thing. It requires forgiveness, understanding and justice to be done. What we see in Rwanda is the significant progress that has been made – a country which is developing and reaching its economic potential and social potential because it is dealing with its past in a sensible, considered and appropriately respectful way. There are lessons that can be learnt and taken from that for all other nations that have suffered tensions and killings – often not on a scale that Rwanda has had to face but nonetheless in ways which allows lessons to be drawn that hopefully can avoid this in the future.” 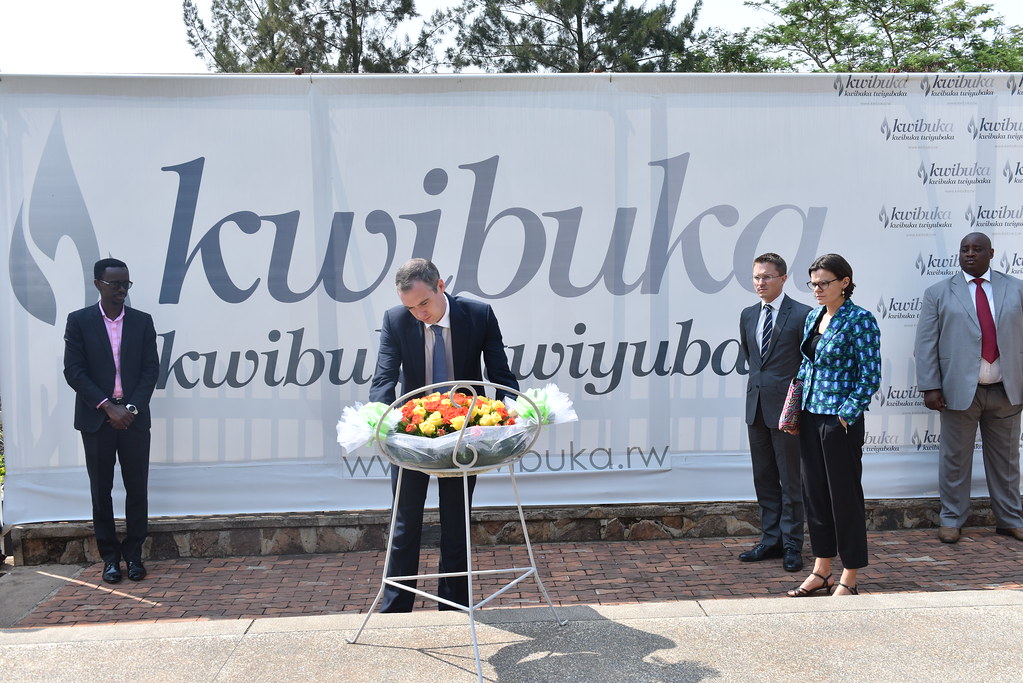