Rwandans have come together with the Israeli Embassy to mark Holocaust Memorial Day at the Kigali Genocide Memorial.

During the event, the Ambassador of Israel in Rwanda, Belaynesh Zevadia, said that Rwanda and Israel are both beacons of hope despite their past.

“Unfortunately Israel and Rwanda share a similar painful history but fortunately both are being rebuilt from the ashes and are able to overcome their past and grow,” said Ambassador Zevadia.

Ambassador Zevadia concluded her remarks by thanking the Kigali Genocide Memorial for hosting the event and urged the world to continue fighting against genocide.

“I thank the Kigali Genocide Memorial for co-hosting this important event, standing with Israel and saying Never Again. We should all never let hatred get the best of us and never allow genocide to take place,” she said.

Professor Daniel Gold, a Holocaust survivor, shared how he survived the Holocaust by hiding from the Nazi regime in his country of birth, Lithuania. He also spoke of how he found the strength to rebuild his life and teach others about humanity.

In his testimony he stressed the importance of survivors sharing their stories and his dedication to genocide prevention. He concluded by expressing his hopes for Rwanda and the role of education in contributing to a better future.

“Never Again is not a slogan for me. I am dedicating my life to ensuring a Holocaust or genocide never happens again and I have great faith that Rwandans will heal from the Genocide against the Tutsi. Education must be a strong medium to build a stronger and more united people,” Professor Gold said.

Gentille Uwase, a university student who attended the event, expressed how important it is to participate in this commemoration – especially for young people born after the Genocide against the Tutsi.

“Most of us young people were born after the Genocide, but we are affected by its consequences in one way or the other. This event is an occasion for us to learn from other people’s experience and to know how to contribute to genocide prevention and spreading message of peace within our communities,” Gentille said.

During the ceremony, guests were invited to visit the exhibition “Keeping the Memory Alive”- a poster design competition held by Yad VaShem – the Holocaust Martyrs’ and Heros’ Remembrance Authority and its different partners.

The Holocaust took the lives of over a third of Jews. Around 6 million Jews were brutally slaughtered by the Nazi regime during World War II. The United Nations General Assembly in November 2005 declared January 27 the “International Day of Commemoration in Memory of the Victims of the Holocaust”.

The event was hosted in partnership with the Aegis Trust, which runs the Kigali Genocide Memorial on behalf of Rwanda’s National Commission for the Fight against Genocide. 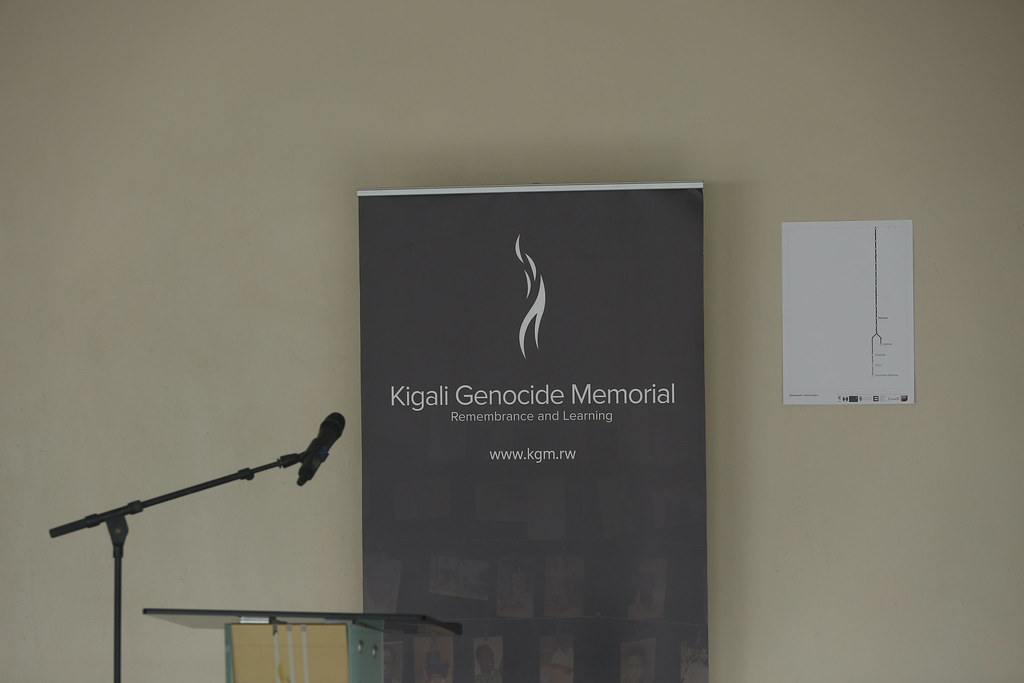