The Kigali Genocide Memorial has hosted more than 60 guests and participants for the monthly Ubumuntu Exchange to discuss the role of women in Rwanda’s development. The session begun with a documentary that tells women Genocide survivors’ journey to restoring Rwanda and rebuilding their own lives. Following the film, a discussion was held with Marie Jeanne Mukankuranga, Brenda Nkusi and Angelique Umutoniwase.

The short film “Sweet Dreams”, produced by Aljazeera’s Witness programme, describes the tragic pain women survivors have carried after the Genocide against the Tutsi. It tells how, with courage, they practiced reconciliation and forgiveness, building unity in their communities. These efforts to bring the community together motivated them to start an ice-cream shop in Huye District in Rwanda’s south.

The documentary was followed by a discussion with panelists who are inspirational leaders working to heal Rwanda. They shared stories of comfort as well as their commitment to empower women nationwide.

Renowned artist and a lead trainer of the national ballet at the Ministry of Sports and Culture, Marie Jeanne Mukankuranga (Maria Yohana), recounted her story of recovery after the Genocide. As a woman who lost all her children, she told the audience that her passion is to strengthen others, especially through song.

She also thanked the government for being a model example to women, and instilling hope in the future by delegating them to serve in any position.

“After the Genocide, the good leadership recognised the importance of including women in the reconstruction of this nation, and we’re truly thankful,” Marie Jeanne said.

Angelique Umutoniwase, an engineer and Commissioner in charge of social affairs at GAERG, spoke on women’s efforts to take up every opportunity despite the challenges they faced.

“We are offered all possibilities as women, we can now become anything we dream of,” Angelique said, sharing her perspective on career opportunities for women today. “As young women, we took on the challenge to stand for the renewal of this country, Rwanda, because we are empowered to be champions for change.”

The secretary of the National Executive Committee at the National Youth Council, Brenda Nkusi, said that she sees potential for the nation’s rebuilding in hands of young women and men. She urged her peers to uphold the spirit of patriotism and work hard for their country. “My advice to young people is to hold on to positive values as Rwandans and always think of what we owe to the country, because we are all in this together.” Brenda said.

Participants were given time to ask questions and make suggestions. Most questions reflected on what could be done to ensure men and women are working together to build the country, and also sustain families. The panellists responded by highlighting the need to enhance collaboration and move past the mindset of segregating chores and contributions as ‘women’s’ or ‘men’s’.

The monthly Ubumuntu Exchange brings together experts to share insights and discuss with the audience about a themed topic. The next event will take place in the second week of December to mark International Day of Commemoration and Dignity of the Victims of Genocide. 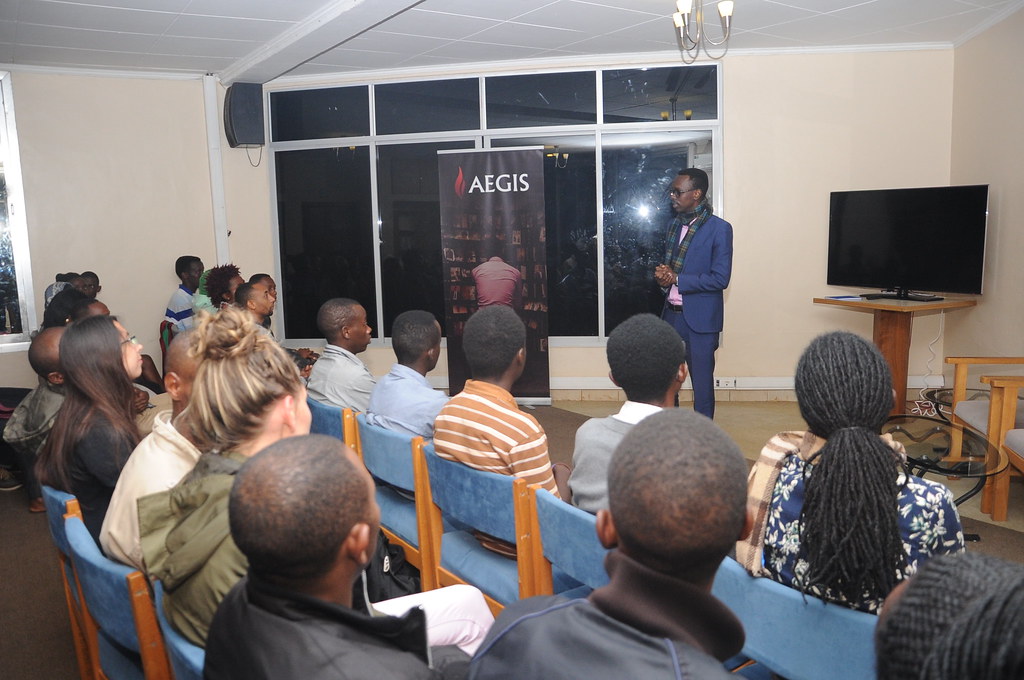