On 6 May 2016, a large group of management and staff members of four major Rwandan companies, Rwanda Mountain Tea, Societe petroliere (SP), Petrocom Ltd and Tea Group Investment (TGI), walked to the Kigali Genocide Memorial to remember the victims of the 1994 Genocide against the Tutsi in Rwanda.

Led by the Founder of the companies, Egide Gatera, the group laid wreaths on the mass grave, which are the final resting place of more than 250,000 victims of the Genocide. The group continued their visit by touring the memorial’s exhibition to learn more about the causes of the Genocide, and the dangers of genocide ideology. “Our responsibility is to commemorate by acting. We have to commemorate by also striving to do right things benefiting all people. This will be a way of fighting against genocide as well as boosting the development of the country,” Bonaventure Niyibizi, the group’s spokesperson.

“I have learnt new things here at the memorial. Though I was not quite young during genocide, there are still a lot of things that I was not aware of. I heard stories from different people, but now I have seen and learned more by visiting this memorial. So, I will use it to teach others. Another thing I can say is that it is not only us adult that need to learn more about the Genocide against Tutsi, but also children. Young Rwandans as the next generation have to get enough and real information which they will rely on while fighting against genocide ideology,” Justin Nyagatare, Petrocom LTD employee. 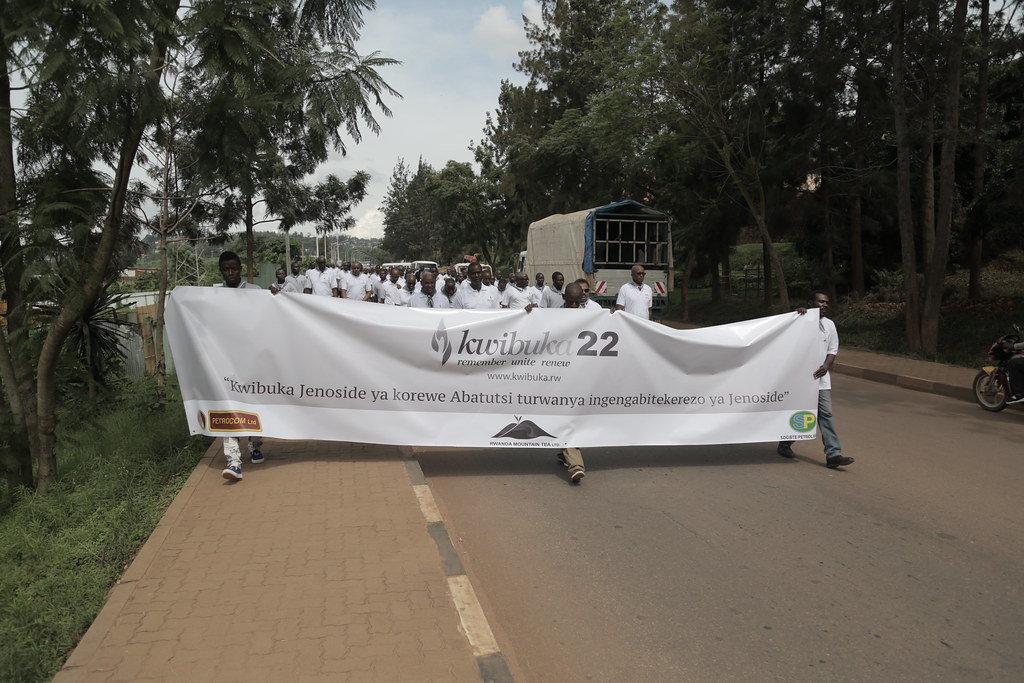