The President of Benin, Patrice Talon, has visited the Kigali Genocide Memorial to pay respect to the more than one million victims of the Genocide against the Tutsi and learn more about the history of Rwanda.

President Talon expressed great sadness while touring the memorial’s exhibitions, which include the history of Rwanda before, during and after the Genocide. The exhibits also include the Children’s Room – a tribute to young people killed in the Genocide – and ‘Wasted Lives’ which details other cases of Genocide around the world.

During the tour of the memorial, President Talon and his delegation learned about the history of Rwanda, as well as the prevention measures that were put into place to ensure genocide never happens again in Rwanda. They also heard about the work of the memorial to share lessons from the Genocide and peace building with the world, including in the Central African Republic, South Sudan and Kenya.

The visit also included the laying of wreaths on the memorial burial place, where more than 250,000 victims of the Genocide are buried. The delegation observed a moment of silence to pay respects to the more than one million Rwandan killed in the Genocide against Tutsi.

After his visit, President Talon wrote a comforting message to all Rwandans in Kigali Genocide Memorial guestbook.

“Here lie the souls of thousands of people – fathers, mothers, daughters and sons killed with extreme brutality after the madness that had taken over the minds of their brothers and sisters in a not so distant era of their lives. On behalf of the people of Benin and myself, I would like to pay tribute to the memory of these innocent victims and assure the people of Rwanda that you are not the only ones to remember this dark and shameful page in the history of mankind. I would also like to express my admiration to the people of Rwanda, like a phoenix able to be reborn from its ashes and embrace the future with hope and vigour. God bless Rwanda, united and prosperous.”

President Patrice Talon is in Rwanda for a three day official visit. He is expected to visit the Kigali Special Economic Zone and the Rwanda Development Board to strengthen cooperation between the two countries in various aspects of development. 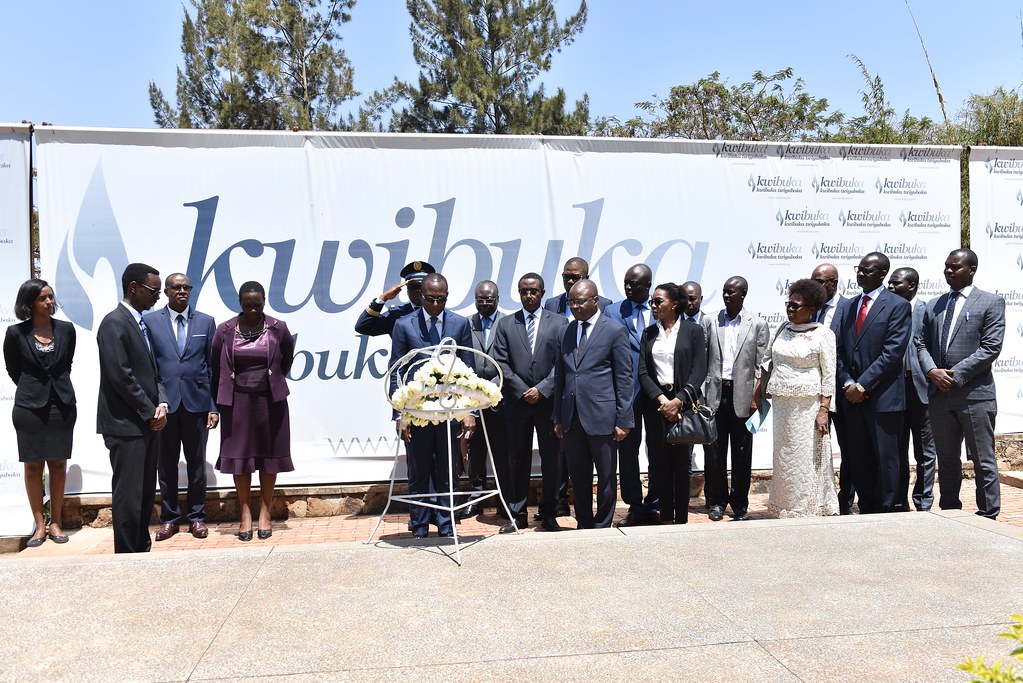