On Monday 14 June, a group led by Rev. Jesse Jackson Sr., a famous American civil rights activist, religious and political figure in the United States of America, visited Kigali Genocide Memorial to learn more about the history of the 1994 Genocide against the Tutsi in Rwanda and to pay respects to the victims.

Upon arrival at the memorial, the group began their visit by laying wreaths to the mass graves which are the final resting place for more than 250,000 victims of the 1994 Genocide in Rwanda. The group then went on to visit the memorial’s exhibition to learn more about the causes and consequences of the Genocide, the importance of fighting Genocide ideology and Rwanda’s post-Genocide peace building and recovery initiatives.

The visit ended with the Rev. Jesse Jackson, Sr. leaving a message of hope in the memorial’s guestbook.

“May God save us from evils.” Rev. Jesse Jackson, Sr. 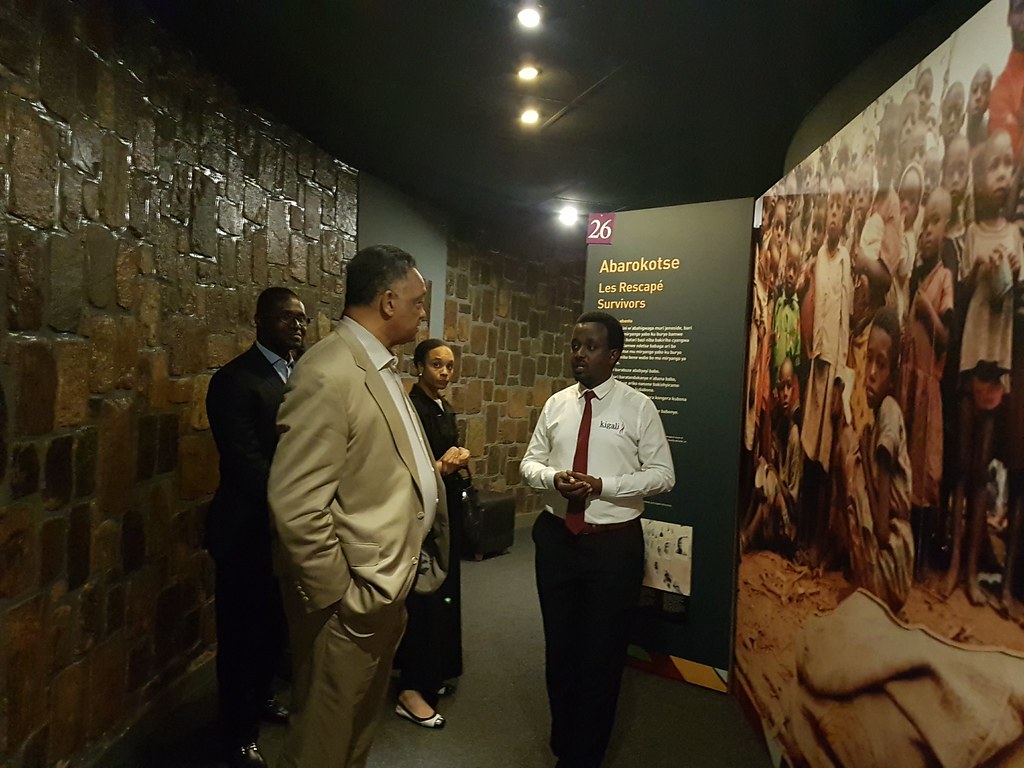