Residents of Gisozi Sector visited Kigali Genocide Memorial to pay respects to the victims of the Genocide against the Tutsi Tutsi.

This commemoration event started off with a “Walk to Remember”, where thousands of people from different cells and villages of Gisozi Sector gathered and walk to remember more than a million people killed in the Genocide against the Tutsi. The walk led them to the Kigali Genocide Memorial.

Arriving at the memorial, they laid wreaths on the burial place, where more than 250, 000 victims of the Genocide against the Tutsi are laid to rest. They also observed a minute of silence, as a symbol of paying respects to the Genocide victims.

The Vice President of the Board of Council in Gasabo District, Mr Diogѐne Karega left a message in the memorial’s guest book:

“We appreciate that now people understand the importance and reason behind commemoration period”.

Their commemoration event continued with a night vigil at the Kigali Independent University (ULK). 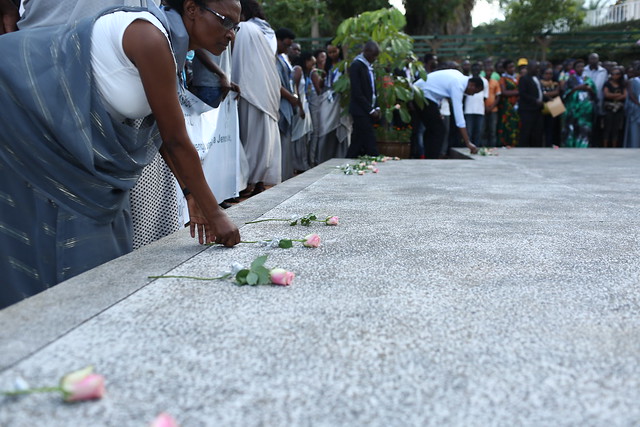