The President of Egypt, Abdel Fattah El Sisi, has visited the Kigali Genocide Memorial to pay respects to the more than one million victims of the Genocide against the Tutsi.

President Sisi’s visit to Rwanda is part of a four state tour which also includes Tanzania, Chad and Gabon.

During his time at the memorial, the President laid a wreath on the burial place where more than 250,000 victims of the Genocide against the Tutsi have been laid to rest. He was accompanied by Rwanda’s Minister of Sports and Culture, Julienne Uwacu, Minister of Infrastructure, James Musoni, and the Executive Secretary of Rwanda’s National Commission for the Fight against Genocide, Jean-Damascène Bizimana.

The President was guided through the memorial’s exhibitions by Honore Gatera, Manager of the Kigali Genocide Memorial. During his tour, President Sisi expressed his solidarity with Rwandans and shared his own memories of the tragedy of the Genocide.

At the conclusion of his visit, the President wrote a touching message in the memorial guestbook, calling for peace and harmony around the world.

Today, we feel much sorrow as we remember the heroes and victims of the Genocide against the Tutsi. We emphasise that life is sacrosanct and that it should not be violated.

We should live in harmony, support each other and focus on a dialogue of peace. We hope that mass atrocities like this will never happen again, and that peace will prevail around the world. 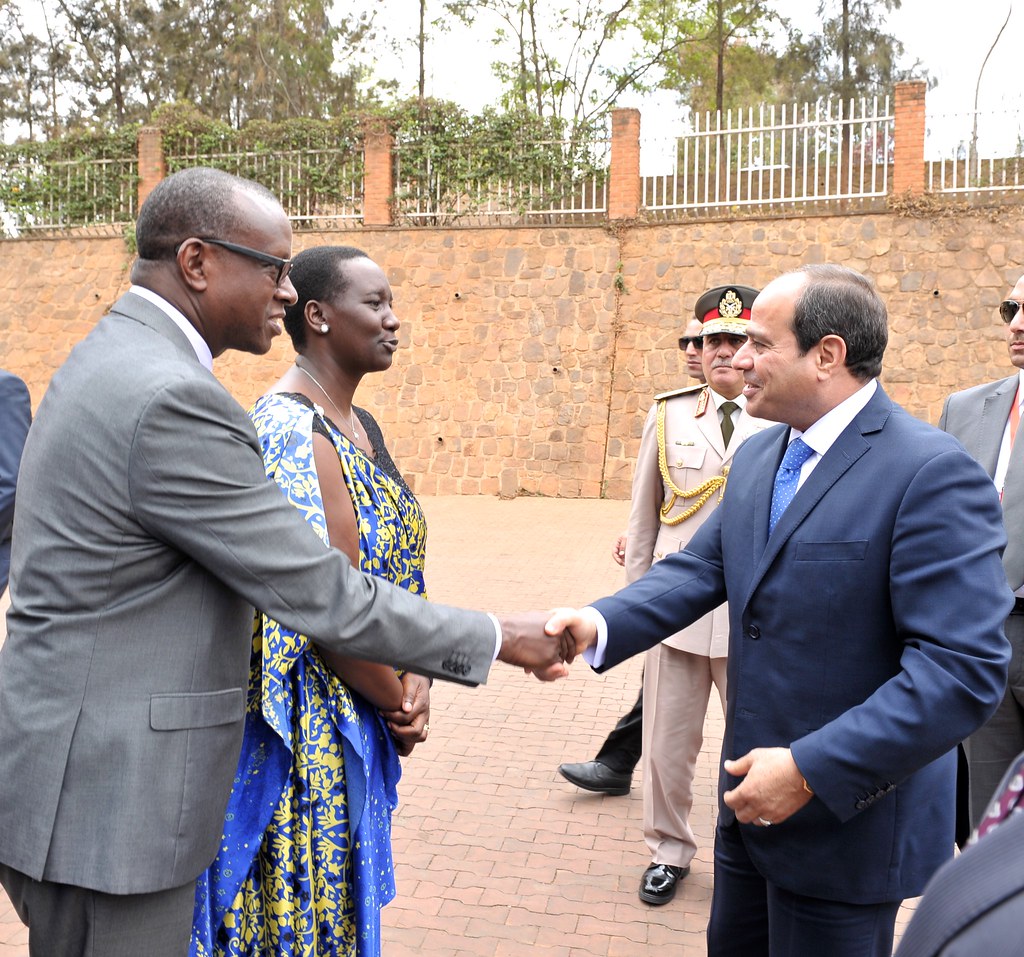