As part of marking the Commemoration of Genocide against the Tutsi, President of the United Republic of Tanzania, Dr John Pombe Joseph Magufuli, and the President of Rwanda, Paul Kagame, today toured the Kigali Genocide Memorial exhibit which details the causes, reality and consequences of the Genocide.

The Heads of State toured the memorial after laying wreaths on the burial place where more than 250,000 victims of the Genocide have been laid to rest. The Presidents also lit the Flame of Remembrance, Urumuri Rutazima, to begin the 100 days of mourning in Rwanda.

Joined by their families, President Magufuli and President Kagame began their tour at the exhibition dedicated to the history of the Genocide against the Tutsi. They were guided by Manager of the memorial, Honore Gatera, who spoke to them about the divisions that were introduced into Rwandan society by the colonial powers.

Honore also explained the role postcolonial governments played in fostering hatred towards Tutsi and executing the early stages of the Genocide by dehumanising Tutsi, training militia and using propaganda to incite violence against Tutsi across the country.

The Presidents and guests continued their tour by visiting the Children’s Room – a section of the memorial dedicated to young Rwandans killed in the Genocide. This exhibit includes especially heartbreaking pictures and memories. Honore informed the guests about the horrific way the children were murdered, regardless of age.

At the end of the tour, President Magufuli and the First Lady learned about the efforts Rwanda has made towards reconciliation and national development.

The CEO of Aegis Trust, Dr James Smith, then presented the book ‘We Survived’ to President Magufuli. The book contains 28 testimonies of Genocide survivors along with their stories of recovery. Aegis Trust runs the Kigali Genocide Memorial on behalf of the Government of Rwanda.

President Magufuli responded by encouraging the world to pursue peace and learn from Rwanda’s tragic history as well as its renewal.

“Rwanda’s story is a lesson for the world and one we must learn from. I pray for the victims, survivors and all Rwandans. We cannot change the past, but we can do something in the present and the future so that ‘Never Again’ is a reality,” President Magufuli said after signing the guestbook.

President Magufuli and the First Lady were joined by a delegation made up of senior leaders from the Government of the United Republic of Tanzania. 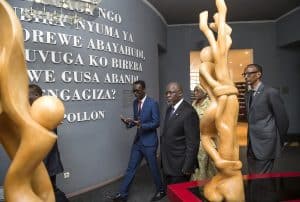 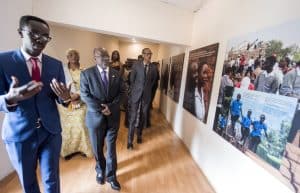 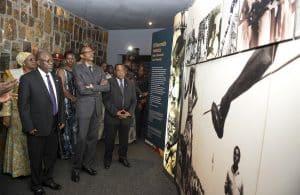 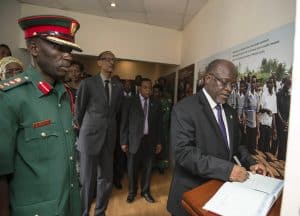 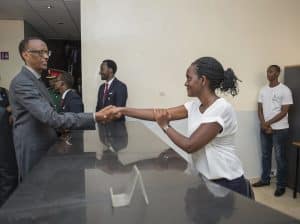