President Kagame and his counterpart, Dr John Pombe Joseph Magufuli, the President of the United Republic of Tanzania, today marked the start of the annual commemoration of the Genocide against the Tutsi by lighting the Flame of Remembrance at the Kigali Genocide Memorial.

The commemoration ceremony began with the Presidents and their families laying wreaths on the burial place where more than 250,000 victims are laid to rest. President Kagame and President Magufuli then proceeded to light the Flame of Remembrance – a symbol of the courage, hope and resilience of Rwandans since the Genocide against the Tutsi.

Speaking on this year’s theme, Dr Jean-Damascene Bizimana, the Executive Secretary of the National Commission for the Fight against Genocide, urged Rwandans to reject genocide ideology in their everyday lives.

“Fighting the ideology of genocide is possible. Here in Rwanda, we have chosen to do so – today, tomorrow and into the future. It is the responsibility of us all – government, citizens, civil society and the private sector. Let us stay strong as we remember and continue to fight genocide ideology during Kwibuka22 and afterwards,” Dr Bizimana said.

Dr Bizimana took the opportunity to thank Germany and other nations for bringing genocide perpetrators to justice, while condemning the failure and unwillingness of some countries that still harbour perpetrators to prosecute them.

“The more than one million people killed in the Genocide against the Tutsi are people we knew. Each had a name. Each was loved,” Dr Bizimana said.

“Rwanda’s story is a lesson for the world and one we must learn from. I pray for the victims, survivors and all Rwandans. We cannot change the past, but we can do something in the present and the future so that ‘Never Again’ is a reality,” President Magufuli said after signing the memorial guestbook.

Commemoration events for Kwibuka22 will take place in Rwanda and around the world over the next three months, including at the Kigali Genocide Memorial. To learn about events happening at the memorial, follow @Kigali_Memorial on Twitter and Instagram. 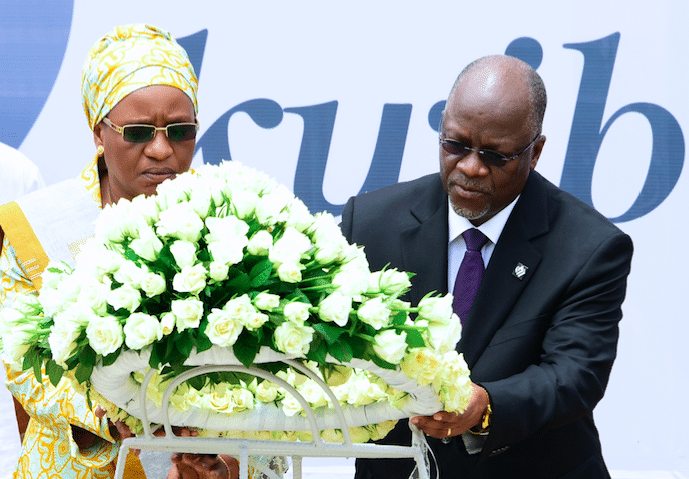 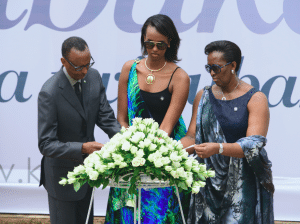