The Moroccan National Football Team and the country’s Ambassador to Rwanda have visited the Kigali Genocide Memorial.

On their tour of the memorial burial place and exhibitions, the team paid their respects to the more than 250,000 victims of the Genocide against the Tutsi who are buried there by laying wreaths on the mass graves. In total, more than one million people were killed in the Genocide in Rwanda.

The Moroccan Football Team was in Rwanda to participate in the 2016 African Nations Championship (CHAN 2016) that has been taking place over the last week. During their stay in the country, the team wanted to visit important monuments and historical sites in Rwanda, putting the Kigali Genocide Memorial on their list.

The representative and spokesperson for the team and Morocco’s Ambassador to Rwanda presented traditional gifts of Moroccan artisanal lamps as a token of gratitude and appreciation for the work that the Kigali Genocide Memorial does to preserve the history of the Genocide and its contribution to genocide prevention and peace education.

Writing in the memorial guestbook, Morocco’s Ambassador to Rwanda, Abdelilah Benryane, said, “Never again, we will always support you.”

The Kigali Genocide Memorial is a place of remembrance and learning and works with survivors to preserve the memory and dignity of their loved ones. 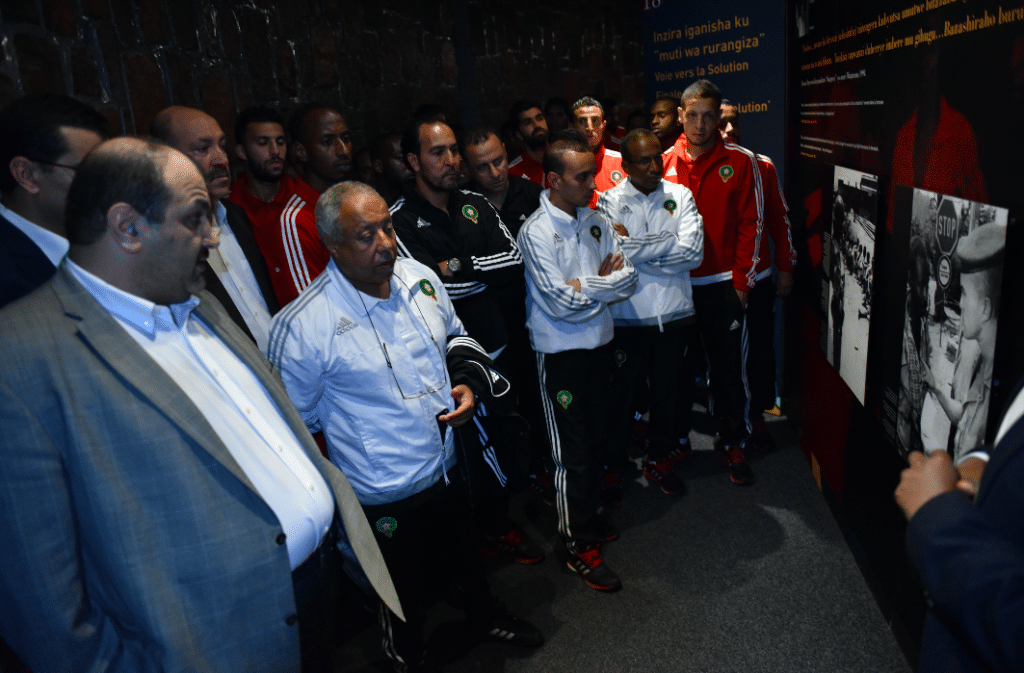 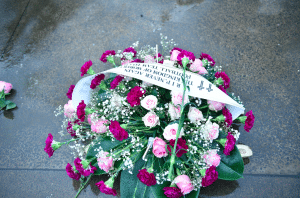 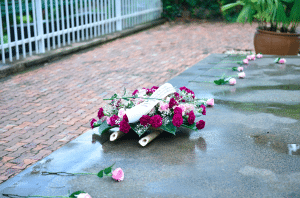 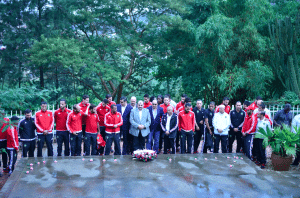