This year’s finalists of the Miss Rwanda competition have visited the Kigali Genocide Memorial to pay their respects to the victims of the Genocide against the Tutsi. The visit is part of a nation wide tour the contestants are undertaking to learn more about the history of the country and values they should promote as role models in the community.

During the visit, the contestants were welcomed by guide Claude Mugabe who spoke to them about the important role the memorial plays as a place of remembrance and learning for the next generation of Rwandans and visitors from around the world.

The guests began their tour by watching a film that explains the history of the memorial and what it means to survivors of the Genocide. The contestants then laid a wreath on the burial place and observed a moment of silence to honour the more than one million Rwandans killed in the Genocide against the Tutsi. More than 250,000 victims of the Genocide have been laid to rest at the memorial.

They also toured through the memorial exhibits which detail the causes, reality and consequences of the Genocide against the Tutsi as well as the steps Rwandans have taken on the journey to peace and unity. The contestants concluded their tour by visiting the ‘Our Future Lost’ exhibit – a tribute to children killed in the Genocide.

Writing in the memorial guestbook, the contestants shared touching and heartfelt messages of remembrance and hope.

“You and I can preserve the achieved unity. Togetherness is strength. Let’s keep the light on.” – Honorine Hirwa Uwase

“I have realised more clearly that Rwanda faced three months of darkness, but it is now time for the night to end and day light to begin – for everyone to live in brotherhood. It is we Rwandans to be peace makers and the change we want to see.” – Fanique Simbi Umuhoza

“Tomorrow is something we build together. It is a duty of all Rwandnas. Let’s not allow ideology to separate us because we are one. North, south, east and west – we are one Rwanda.” – Aisha Umutesi

“I promise to my country to do everything in my strength for this to not happen again and to contribute to a brighter Rwanda.” – Linda Umutoniwase

The Kigali Genocide Memorial is the final resting place for more than 250,000 victims of the Genocide against the Tutsi. Established by the Aegis Trust in 2004 at the request of the Government of Rwanda and Kigali City Council, the memorial continues to be run by Aegis today on behalf of Rwanda’s National Commission for the Fight against Genocide as a place both of remembrance and learning. Each year almost 100,000 people visit the memorial. 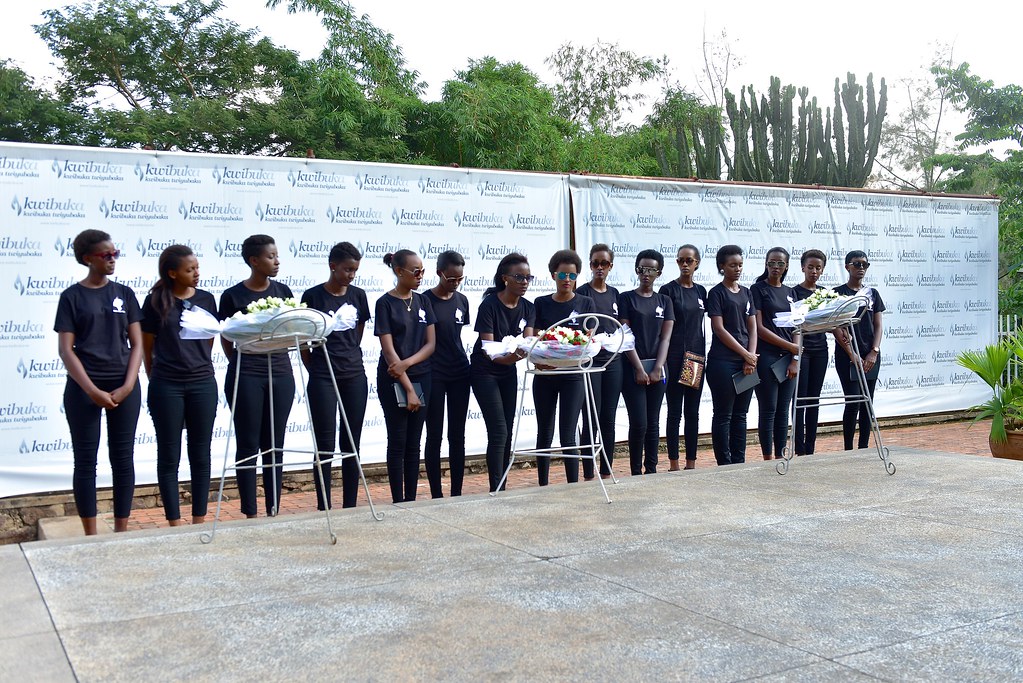