The Kigali Genocide Memorial has marked the inaugural international day of genocide victims with an event at the memorial’s education centre. The event begun with guests observing a moment of silence and laying wreaths in memory of the victims of the 1994 Genocide against the Tutsi. The wreaths were laid on the mass graves at the memorial where more than 250,000 victims of the Genocide are buried. 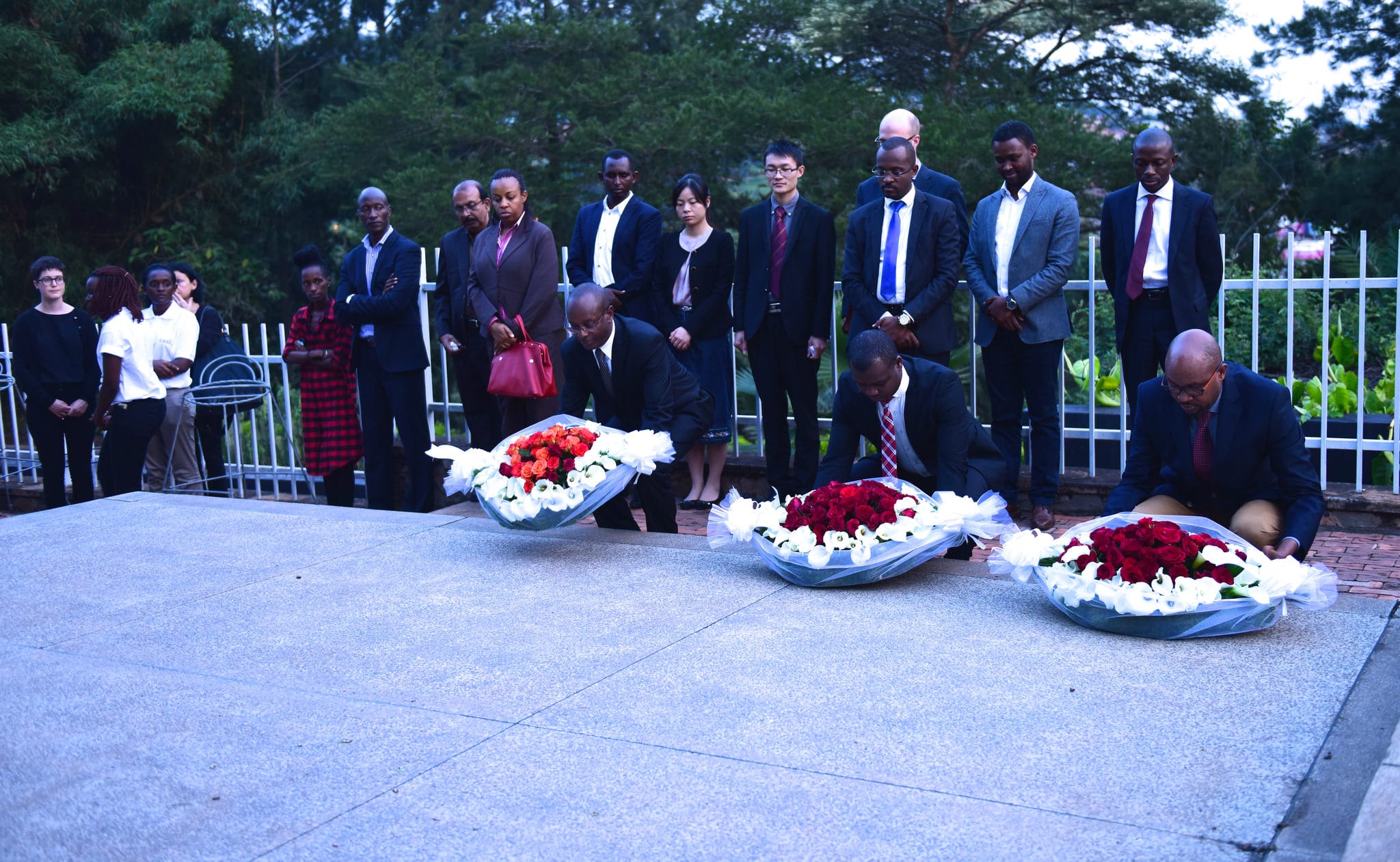 During the event, two short films were screened in which survivors narrate their life stories before, during and after the Genocide. The films also show how the memorial is home to their loved ones and a place for remembrance and the journey they have undertaken to rebuild their lives.

As the guest of honour, Director General of Research and Documentation on Genocide at Rwanda’s Commission for the Fight against Genocide (CNLG), Dr Jean-Damascène Gasanabo, spoke about the importance of the international day. He also shared how nationwide workshops are educating young generations about genocide in order to prevent atrocious history from repeating itself.

“We arranged discussions and teachings in all universities across Rwanda. Students and teachers have discussed the Genocide against the Tutsi to help young people to understand genocide, and fight against its ideology,” Dr Gasanabo said.

In his remarks, Kigali Genocide Memorial Manager Honoré Gatera shared the importance of the memorial’s education activities which teach about Rwanda’s history and peace building. The education programmes run at the memorial empower teachers and students to be champions of humanity.

“Education for sustainable peace is one of the memorial’s main goals. In 2008, we joined with our partners to launch the Rwanda Peace Education Programme. The programme has since benefited tens of thousands of students and teachers,” he said. “We are glad that the peace education components we helped design will be introduced into the national curriculum,” Honore added.

A new website for the memorial was launched during the event and a mobile application was announced, which will provide an audio-visual experience for visitors. The website and application will help visitors to understand more about the Genocide against the Tutsi, as well as Rwanda’s journey of renewal over the last 21 years.

Across Rwanda, students and young people joined events organised by the National Commission for the Fight against Genocide to mark the day. Over 80,000 students from secondary schools and universities took part in these activities to raise awareness of genocide and how they can fight discrimination and the ideology of hatred.

To learn more about the International Day of Commemoration and Dignity of the Victims of the Crime of Genocide and of the Prevention of this Crime, click here.