The Kigali Genocide Memorial has hosted the second event in a series of Kwibuka film screenings and conversations. The event included the film “Words that Kills”, which details the role of hate media and propaganda before and during the Genocide against the Tutsi. Senator Professor Laurent Nkusi, Albert Rudatsimburwa, media personality and owner of Contact FM, and Assumpta Mugiraneza, Director of Iriba Centre, joined as panellists for the discussion.

The event started with a welcome from Honore Gatera, Manager of the Memorial. He also led the 60 guests in observing a moment of silence to remember the more than one million victims of the Genocide against the Tutsi.

The film ‘Words that Kill’ was produced by Aegis Trust in partnership with the USC Shoah Foundation. It talks about the haunting similarities between the propaganda of the Nazi regime and Hutu Power and how media, especially radio, was used to dehumanize Tutsi and call for people to kill their friends and neighbours. It also challenges us to think about what we can do to both recognise hate media and fight against it. You can watch the film below:

After watching the film, guests and speakers participated in an engaging conversation about the terrible effect hate media had before and during the Genocide. Professor Laurent Nkusi gave a brief history of media in Rwanda, and explained the contribution of hate media to the Genocide against Tutsi. He also gave examples of hate speech that was written and said during 1994, such as the newspaper Kangura, Zirikana and the hate radio station known as RTLM.

During his presentation, Professor Laurent Nkusi said that the international community did nothing to help to stop the genocidal propaganda that caused the deaths of so many.

“The international community didn’t do anything to stop hate media like the RTLM radio during the Genocide against the Tutsi.”

Asked about what can be done to prevent extremism and hate media today, he answered that education and peace media is the solution.

“Hate speech is not only a thing of the past. It exists today and must be fought with peace journalism & education.”

Albert Rudatsimburwa spoke about hate media, specifically referring to today’s media. He said that hate media still exists, so we should stand against it. In addition, he said that we should use our critical thinking to analyse all media.

“The media today is distorting the reality and history of Africa and this is another form of hate media. We need a mass of people to stand against hate media and degrading language. This goes beyond just the legal framework. In Rwanda and Africa, we shouldn’t just copy and paste what they say elsewhere. We need to understand we have been victims of trauma & respond appropriately.”

Assumpta Mugiraneza talked about the similarities between the history of propaganda in Rwanda in Nazi Germany and how media contributed to the scale and widespread nature of the Genocide against the Tutsi.

“Labelling someone Hutu or Tutsi is just nonsense but it was the ideology they espoused in 1994 and they used the media to promote it. Today, we have to understand the reality of division and strive to fight against it.”

During the conversation, guests had the opportunity to ask questions to the speakers. A lively discussion followed that was appreciated by all who attended. 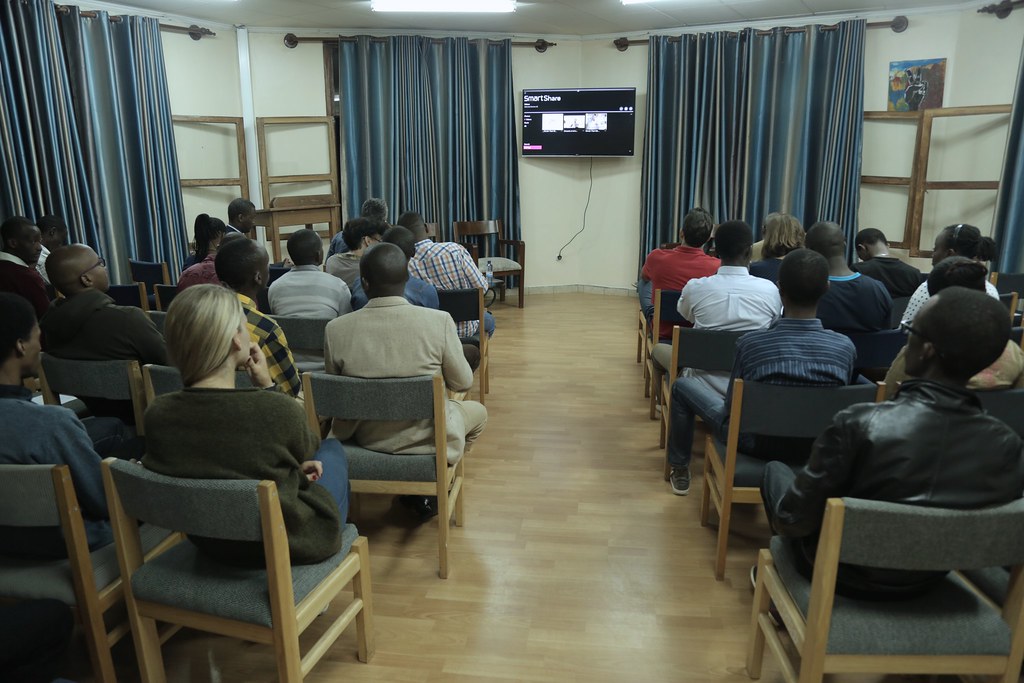