On Friday 20 May, the Kigali Genocide Memorial hosted the Aegis Youth Day, an event that gathered Aegis Trust’s youth champions and ambassadors from across Rwanda, as well as the staff of the Aegis Trust. Also attending the event was special guest and speaker, the Minister of Youth and Information Technology (MYITC), Jean-Philibert Nsabimana and Radio La Benevolencija’s Rwanda Head of Mission, Sulakshana Gupta.

The aim of the event was to present and celebrate the Aegis youth champions and ambassadors’ efforts in peacebuilding in their perspective communities, as well as the achievements of the Aegis Trust youth activities accomplished over the last three years.

“Young people in this country once committed acts of violence in the 1994 Genocide against the Tutsi. Aegis, in close collaboration with different partners, namely RLB, IRDP, USC Shoah Foundation, the Swedish International Development and Cooperation Agency and DfID, has taken the route to equip a generation of young people who will invest their knowledge, talents and strength to make a positive impact, to contribute to a peaceful Rwanda.” Anita Kayirangwa, Programmes’ Director – Aegis Trust.

The event began with a visit of an exhibition of entrepreneur business activities that some of youth had successfully created thanks to trainings and support provided by the Aegis Trust, the Swedish International Development Agency (Sida) and Radio La Benevolencija (RLB). The exhibition conducted by youth champions included presentations of soap making, painting and website management.

The crowd of youth then gathered in the Memorial’s amphitheatre to be entertained by peace building related theatre performances and poetry recitals performed by youth champions. These followed with the prize give-away to the National School Arts Competition winners of 2016 for the top three best poems, and top three best drawings. In poetry, the first prize went to Evelyne Musengimana from the Northern province, second to Joseph Junior Hakizimana from the Western province and third place went to Emmanuel Mfitunkunda from the Southern province. For the drawings, first place went to Noble Nziza Mugabo from Kigali City, second place to Cyprien Byukusenge from the Eastern Province and third prize to Christian Cedrick Impano, also from Kigali City. The event was closed with a speech from the Minister of MYICT, Jean Philibert Nsabimana’s, and a photo session with the entire Aegis youth champions, ambassadors and their supporters.

“I commend Aegis Trust and its partners for their work focused at empowering the youth and turning them into peace builders. Their love, knowledge and dreams are a powerful weapon against genocide ideology.” Jean Philibert Nsabimana, Minister of Youth and Information Technology. 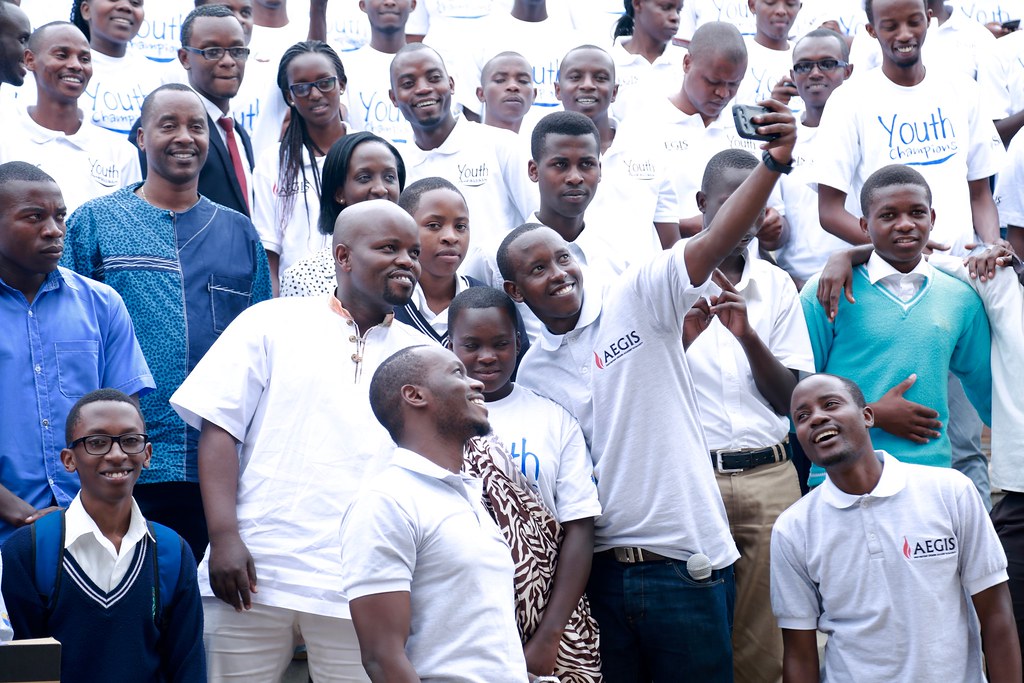