The Kigali Genocide Memorial (KGM) hosted the fourth edition of the Ubumuntu Arts Festival from Friday the 13 to Sunday 15 July 2018. The festival included a series of free workshops and performances that promote the importance and messages of humanity through art, drama, music and dance.

This year’s edition’s theme was “Art and the Path to Resilience”. Hope Azeda, Festival Curator, stated in a press release ahead of the festival that this year’s festival would focus on life’s challenges and stories of finding the strength to carry on.

“The Ubumuntu Arts Festival shares stories of humanity from people from all walks of life and experience. This year, we explore the strength people hold within themselves to rise up again. Using art as a tool share stories of resilience, the festival aims to plant the seeds of fortitude.” She added.

Among the highlights of the festival, was a performance by the Peace and Love Proclaimers, a local group dubbed “Wet Umbrellas”. This play was written in loving memory of Jaqueline Uwantege (our late head of Psychological and Social support unit at the KGM) and Dr. Munyandamutsa Naason from the Never Again Rwanda for their outstanding support to Genocide Survivors in dealing with trauma and other related mental health issues as consequences of the Genocide.

Giving his remarks on Day 3, the Aegis Trust CEO, Mr. James Smith stressed on the importance of actions in making Never Again a reality: “We know that the slogan ‘Never Again’ doesn’t work on its own. What does work is people coming together like this and share values that make them champions of humanity.”

This message was backed by the Kigali Genocide Memorial Director, Honore Gatera, who said it was an honor for the memorial to partner and host such an event that contributes to the existence of the memorial:
“It’s an honour to host Ubumuntu Arts Festival. We believe the festival contributes immensely in our journey as a memorial to promote humanity and building peace … When we built this Amphitheater back in 2014, we wanted to have a place where the community can come together and share a message of resilience and unity.”

The festival was first held in 2015 and has since taken place annually after the last week of the 100 days commemoration of the Genocide against the Tutsi; the event takes place at the outdoor amphitheater of the Kigali Genocide Memorial Centre. 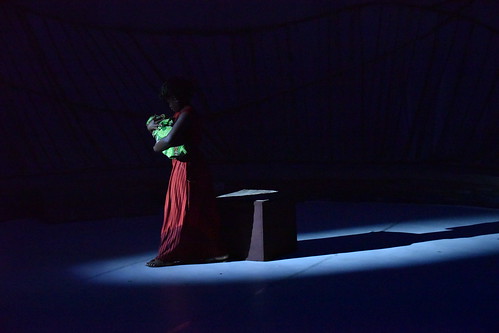