More than 200 I&M Bank staff have remembered former staff killed in the Genocide against the Tutsi at a Kwibuka22 event at the memorial. Kwibuka is the Kinyarwanda for Remembrance.

The bank staff began their commemoration activities by refurbishing the house of Virginie Mukarubega (a genocide widow) in Kamonyi District. Afterwards, they visited the Kigali Genocide Memorial to pay respects to victims by laying wreaths on the burial place and listening to various speakers talk about the importance of remembrance.

Some of the staff also toured the memorial exhibitions and had opportunity to learn more about the Genocide in Rwanda and genocides around the world.

After the tour, the staff held a commemoration vigil to remember their loved ones. This included candle lighting, projecting the names of deceased staff and observing a moment of silence. In addition, staff listened to the testimony of Genevieve, a genocide survivor and former staff member at I&M Bank, who explained the situation before the Genocide and how things were arranged after Genocide.

The visitors also watched a film, followed by a presentation by Dr Erasme Rwanamiza, Director of Education at Aegis Trust. During his presentation, he explained the role of education and Aegis Trust in fighting genocide ideology.

Robin Charles Bairstow, I&M Bank General Manager, expressed sadness during his speech. He talked about what the bank is doing to contribute to the development of Rwanda. He said that they pray so that what happened will never happen again. In addition, he said that they are helping genocide survivors by giving them internships, refurbishing their houses, and they are still looking for more opportunities.

In his speech, Vital Ntagengwa, who represented Rwanda’s National Commission for the Fight against Genocide, started by thanking I&M Bank for refurbishing the house of Virginie in Kamonyi District. To add on, he said that they are trying their best so that what happened will never happen again by storing the evidence of the genocide. 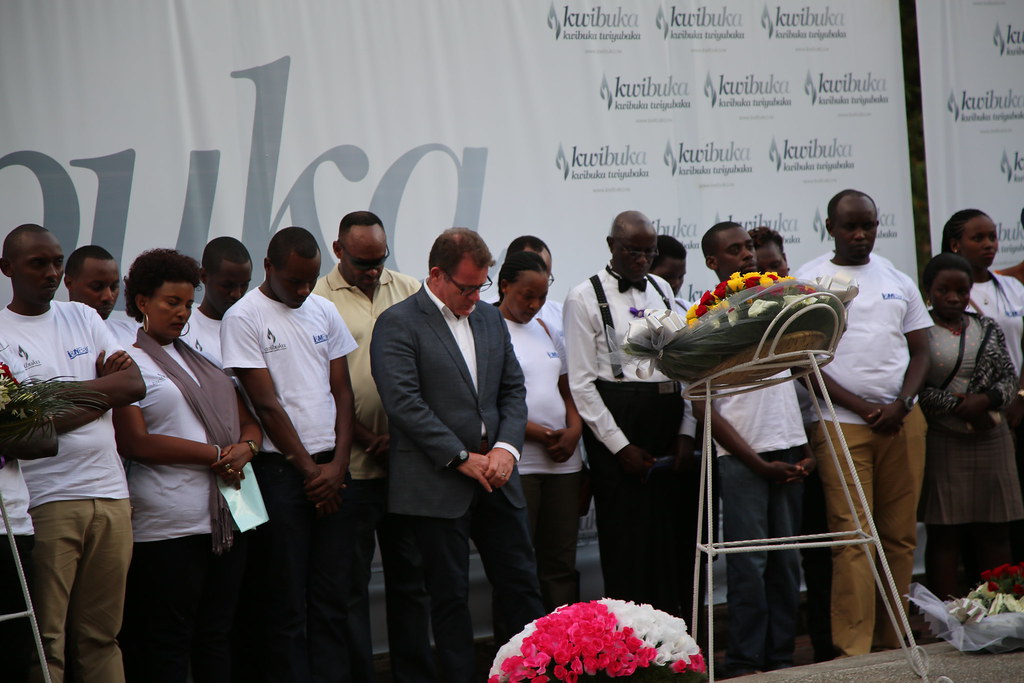