Today His Majesty Mohammed VI, the King of Morocco, visited the Kigali Genocide Memorial to pay respects to the victims of the Genocide against the Tutsi and learn about the history of the Genocide.

In total, more than one million Rwandans were killed in the Genocide against the Tutsi between the months of April to July 1994.

During this visit, His Majesty was given a tour of the memorial exhibits to learn about the history of the Genocide. The exhibition details the causes, reality and consequences of the Genocide against the Tutsi as well as the incredible stories of post-genocide reconstruction that have taken place in Rwanda. This includes how justice and reconciliation have been fostered through home grown innovations such as the Gacaca Courts and Umuganda (community service).

After his visit, the King of Morocco shared a touching message in the memorial guest book, writing:

“Genocide is a dark chapter in the history and collective memory of the Rwandan people. It is a human tragedy that will continue to challenge the conscience of mankind. And Rwanda today is wholeheartedly embracing life; it has confidence in the present and it looks to a promising future, with hope and optimism; a future in which mutual affection, coexistence, concord, security and stability will prevail.”

Speaking after the visit, Manager of the Memorial, Honore Gatera, expressed his appreciation:

“We were honoured to receive His Majesty King Mohammed VI and believe his visit will contribute immensely to educating the world about the Genocide against the Tutsi as well as preventing mass atrocities and ensuring Never Again is a reality. We thank His Majesty for the time he took to pay respects to our loved ones killed in the Genocide and to learn about Rwanda’s renewal over the last twenty-two years,” Honore said. 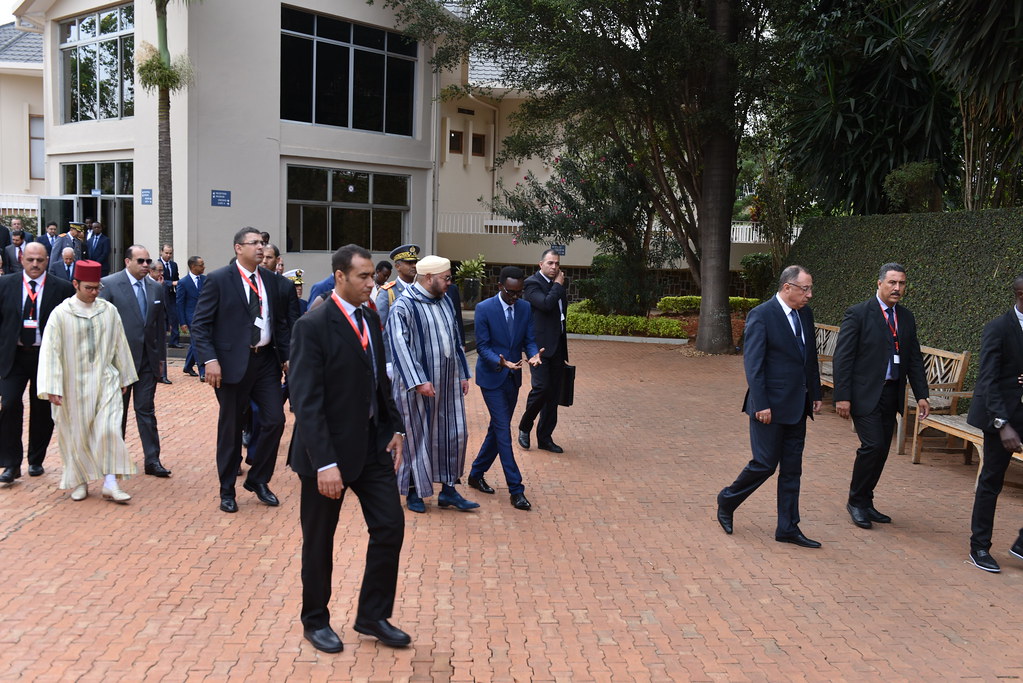