Today, Madame Claudine Gbènagnon Talon, First Lady of Benin, visited the Kigali Genocide Memorial and paid her respects to victims of the Genocide against the Tutsi.

Before touring the memorial’s exhibitions, Madame Gbènagnon honoured victims of the Genocide by laying a wreath at the burial place where more than 250,000 victims have been laid to rest. More than one million Rwandans were killed in the Genocide against the Tutsi in 1994.

On her visit, the First Lady of Benin was joined by Rwanda’s Minister of Sports and Culture, Julienne Uwacu.

Honore Gatera, the Kigali Genocide Memorial Manager, guided Madame Talon and Minister Uwacu on a tour of the exhibits to learn about the history of the Genocide. The First Lady was explained the life of Rwandans before colonisation, how hatred and divisive ideology was promoted and the role it played in the systematically planned Genocide against the Tutsi.

Madame Talon also learnt about the efforts by Rwandans of all ages and from all walks of life to rebuild and reconcile 22 years after the Genocide.

At the end of her visit, Her Excellency Madame Claudine Gbènagnon Talon signed the memorial guest book:

“You will remain in our hearts and live in us as a motivation for our commitment to peace and harmony.”

“We have been honoured to receive both President Talon and First Lady Madame Claudine Gbènagnon Talon at the memorial this year. We are always grateful for the support shown by leaders from across the continent. It means a lot to survivors and the families of the victims of the Genocide against the Tutsi.” 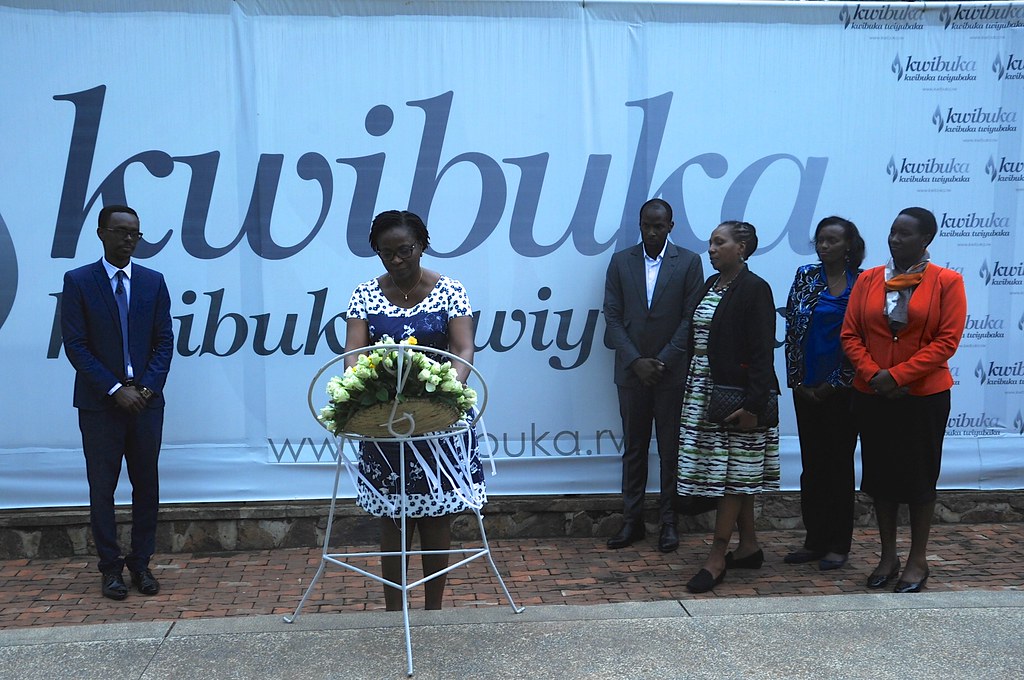