During their visit, they toured the memorial’s exhibits that tell the history of the Genocide as well as stories of survivors who share their horrible experience during the Genocide and how they survived. Other sections of the museum they visited are: the Children’s Room, which is dedicated to young people killed in the Genocide. They also learnt about Rwanda’s champions of humanity – young people who are contributing to the reconstruction of their nation by promoting unity and reconciliation in their communities.

Their visit ended by paying tribute to the victims of the Genocide against the Tutsi and laying a wreath on the burial place where more than 250,000 victims have been laid to rest. They also observed a minute of silence as a sign of respect to the more than one million Rwandans killed in the Genocide against the Tutsi.
After the visit, these artists shared their heartfelt messages to Rwandans.

One of the artists, Muneza Christopher, said that artists should participate in commemoration events and even release songs that educates and comforts Rwandans during this period because they are a voice which can be heard loudly with Rwandans.

Uzamberumwana Pacifique known as Oda Paccy said that it is shameful that youth participated in genocide yet they could have avoided it.

“It is so shocking that youth who were supposed to build, were the first ones to destroy and took life of fellow Rwandans. My advice would be that we as youth of today should be responsible to play our part in contributing to the healing wounds of the survivors and all we can to fight genocide ideology to avoid genocide from happening again,” said Pacifique.

Mushyoma Joseph the Head of East African Promoters the company that organize Primus Guma Guma Super Star in partnership with BRALIRWA said that Rwandans should stand together to fight Genocide ideology as key to prepare a better future.

“Let us all together teach youth to fight genocide ideology so that we can protect our children and even our country from everything bad that can divide us again”. 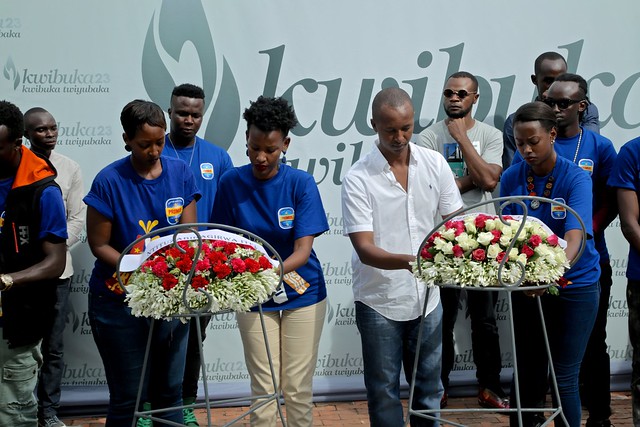