The Deputy Prime Minister then took a guided tour of the memorial exhibition, which provides insight into Rwandan history before colonisation, the role of colonisers in dividing Rwandans and details evidence of the Genocide and its causes and consequences. The exhibition also features post-Genocide reconstruction efforts in Rwanda and information on other genocides around the world.

He then received a briefing on the Rwanda Peace Education Programme exhibition, which uses stories of unity and humanity to inspire peace makers across the country. The memorial contributes to the programme by hosting students and teachers and contributing to the exhibition.

At the end of the tour, Minister Reynders left a message of hope in the memorial guestbook.

“Always remembered with all our respect.” – Didier Reynders, Deputy Prime Minister and Minister of Foreign Affairs, Kingdom of Belgium 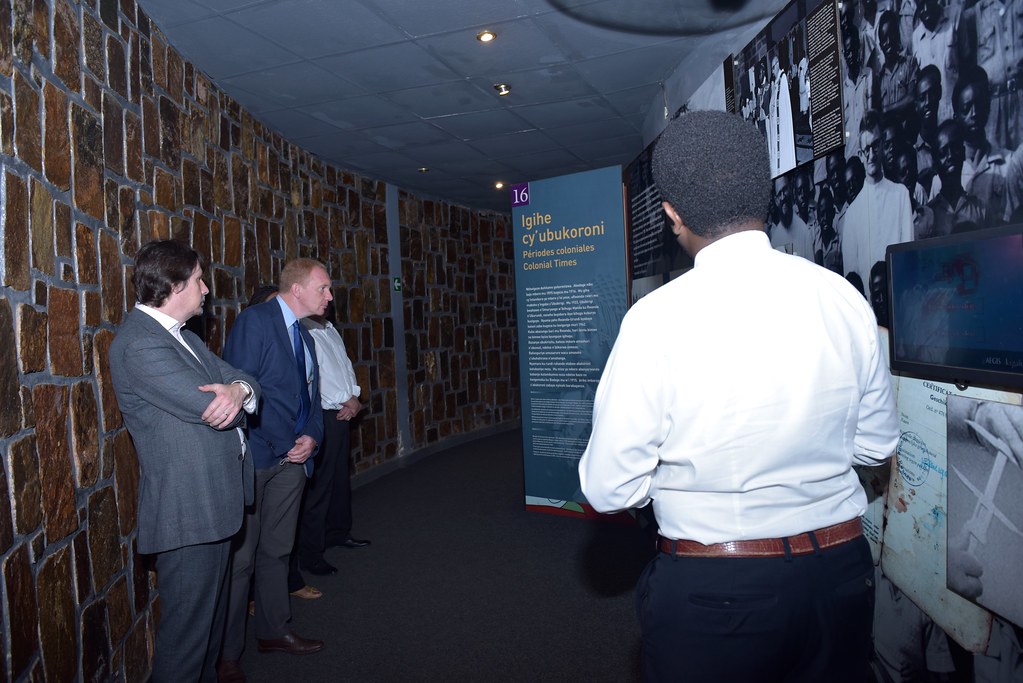