Staff and the families of Banque Populaire du Rwanda employees have visited the Kigali Genocide Memorial to remember colleagues and loved ones killed in the Genocide against the Tutsi. More than 150 people attended the commemoration, which included touring the historical exhibit, laying wreaths on the mass graves and an event during which Genocide historian Antoine Mugesera spoke.

The event began with a Walk to Remember to the memorial. Upon reaching the memorial, the guests laid wreaths on the burial place where more than 250,000 victims are laid to rest. They also observed a moment silence as a sign of respect to the victims of the Genocide against the Tutsi, wherever they are buried.

After visiting the memorial exhibits, which tell the history of the Genocide, genocides around the world and pay tribute to children killed in 1994, one of the bank staff, Sosthene Munyengango, called on young Rwandans to avoid negative peer pressure that can lead to violence.

“During the Genocide against the Tutsi, young Rwandans participated more than others. What made them do so is peer pressure. Everyone wants to do what their friends are doing. You have to know the group you are in and how to control it. You do not have to imitate your peers, but instead do the right thing,” Sosthene said.

“What I can advise parents like me is that you have to teach your children history in order to avoid genocide ideology. We do not want genocide to happen again and we must remember that it starts from spreading the ideology of hatred. If we do not take part in fighting it, we might see it happen again,” said Joselyne.

The commemoration activities concluded by meeting as the whole delegation to remember former employees, share different testimonies of what happened during the Genocide and the lessons it left for humanity. Concluding the event, Judith Muhongerwa, the Acting CEO of the bank said:

“As we remember the Genocide against the Tutsi for Kwibuka22, our priority is fighting genocide ideology. We will continue to support efforts that contribute to genocide prevention.” 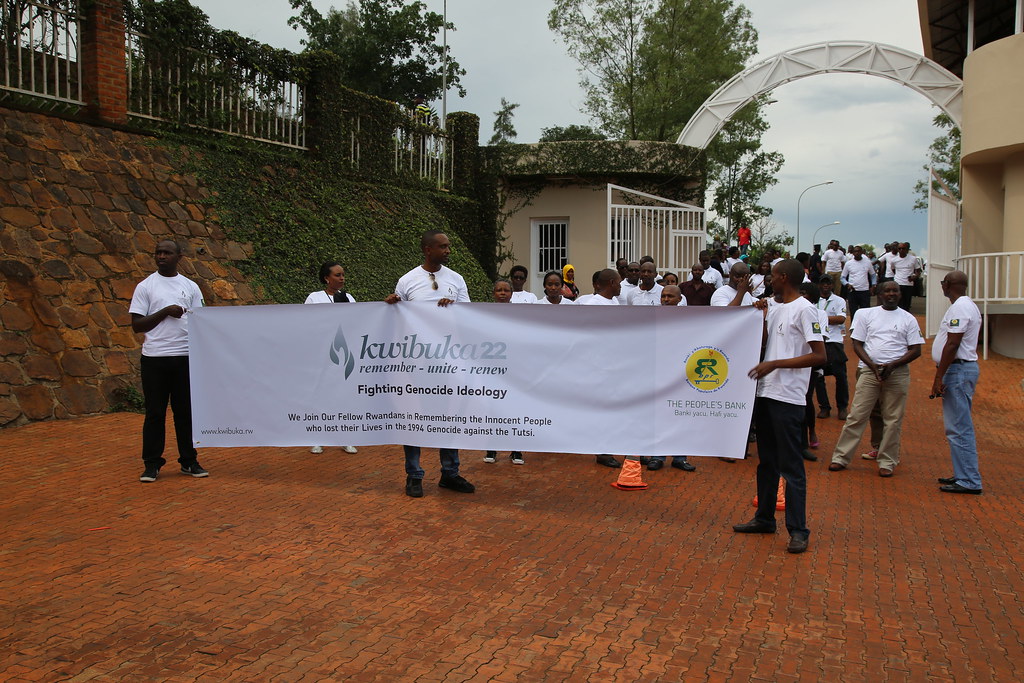