The Chair of the African Union Commission, Moussa Faki Mahamat, today visited the Kigali Genocide Memorial and praised the courage, dignity and incredible resilience of Rwandans in the twenty three years since the Genocide against the Tutsi.

The Chairperson was visiting the memorial as part of the annual commemoration of the Genocide against the Tutsi – known as Kwibuka (the Kinyarwanda word for remembrance).

Moussa Faki Mahamat was accompanied by Rwanda’s Minister of Foreign Affairs, Louise Mushikiwabo, and the Executive Secretary of the National Commission for the Fight against Genocide, Dr Jean Damascène Bizimana. They were guided by memorial staff member and survivor of the Genocide, Pacifique Bonheur, who explained the causes and reality of the Genocide against the Tutsi as well as the steps Rwandans have taken to rebuild and come together.

“The consolation of that tragedy is the strength, courage, dignity and tremendous resilience of the marvelous people who are the best example of humanity. The people of Rwanda are like a Phoenix that has risen from its ashes.” – Moussa Faki Mahamat

After visiting the memorial exhibits, Moussa Faki Mahamat was joined by President of Rwanda, Paul Kagame, and First Lady Jeannette Kagame, to lay a wreath on the burial place where more than 250,000 victims of the Genocide have been laid to rest. They then proceeded to light the Flame of Remembrance, marking the beginning of 100 days of mourning, before the official commemoration ceremony. 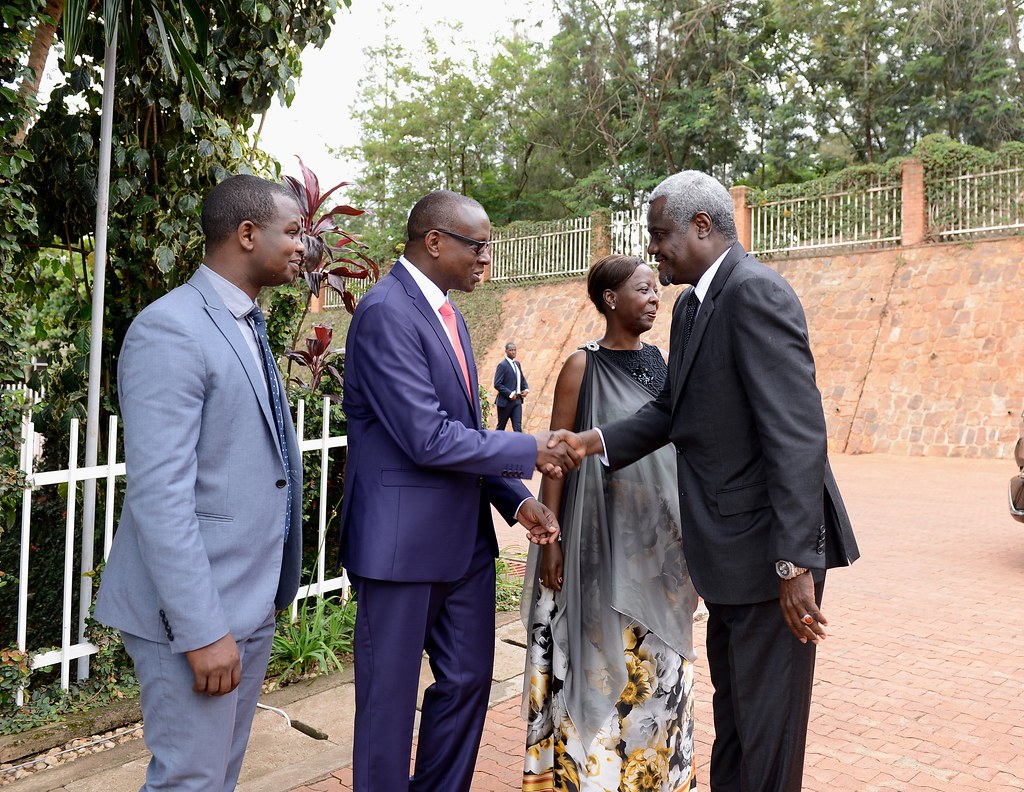